In the deashing process of syrup, a bed of strong acid cation resin is typically followed by a bed of weak base anion resin.

When the syrup stream enters the deashing unit, it carries an ionic load made up of ash ( salts and mineral acids ), as well as organic compounds which come from the process water, corn starch, and various production additives.

This stream first passes through a bed of strong acid cation resin. The main function of the cation resin is to remove cations ( positively charged ions ) such as sodium, potassium, iron, magnesium, and calcium. The cation resin also removes some soluble protein by providing an acidic environment in which amphoteric proteins take on cationic characteristics. During this exchange process, hydrogen cations are released from the exchange sites.

The anions, e.g., chlorides, sulphates, nitrates, and other negatively charged ions associated with the exchanged cations, are passed on in the syrup stream as free acids. Consequently, when the syrup leaves the cation bed, the concentration of mineral and organic acids is high. The weak base anion resin in the free base form removes these acids, resulting in a syrup which is relatively free of ions ( de-acidified syrup ) as it leaves the unit pair. The weak base anion resin also removes some colour from the syrup.

Deashing typically is performed at two stages in the corn sweetener process, first on the dextrose side and again later on the fructose side.

Since ION-IX units are continuous, the following events take place at the same time in a continuous manner.

Ion exchange demineralisation has been shown to remove 95% of the ash content of the ultrafiltered syrup. In parallel with the ash removal, is an 80% reduction in color.

A cross regeneration of the cation and anion resin can be implemented.

In addition to the desalination and decolorization of sugar solutions, ion exchange resins are also used for the inversion (hydrolysis) of disaccharides, particuarly saccharose, and for the treatment of diluted sugary solutions. For example, they can be used to desalinate whey, grape must and fruit juices or to remove unwanted, excess acid and bitterness from orange juice. 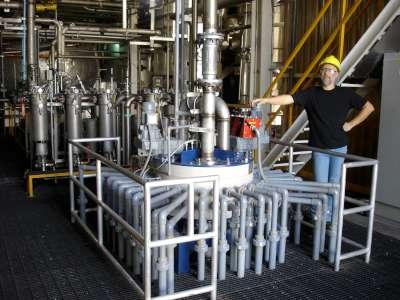 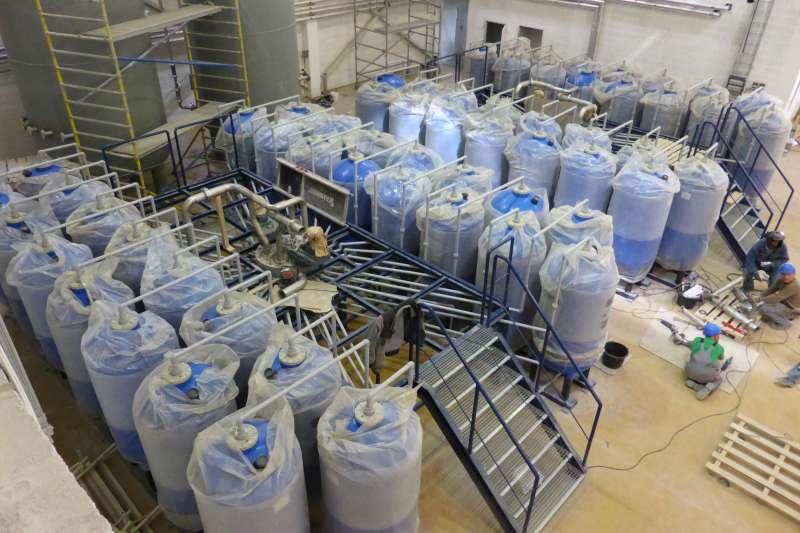